When it comes to cosmetology education and career training, Robert Fiance can help you. We have over 50 years of experience in the beauty industry and our educational systems can provide you with the professionalism and foundation you need to launch your new career, with style and success.

1. Obtain licensure by passing the New Jersey State Board examination and

2. Prepare them for entry-level employment in the industry.

Our vision is to provide our students with a positive learning experience in an environment they can be proud to attend. We are committed to being the beauty school of choice and to enhancing the education of our future beauty industry leaders. Through exceptional training and innovation, we transform our students’ goals into realities.

Robert Fiance Beauty Schools of New Jersey delivers the quality education, environment and experience that our students need to succeed. As a beauty school with a proven record of prosperity, we know how to provide superior guidance to our students and our philosophy does not allow compromising these standards.

We are guided by integrity and ethical behavior in everything we do.

We respond and adapt to the needs of our team members, our students and the industry we serve, challenging team members to find not only new and exciting ways to do we have always done, but to discover things we have never done.

We are committed to enhancing the lives of our students and team members by continually striving for excellence in all that we do.

Lifelong learning allows us to continuously adapt to our ever changing world. We create and maintain an environment where our team members are inspired to innovate, seek learning and grow – both professionally and personally.

We encourage an exciting and stimulating atmosphere where we each take responsibility for creating and maintaining a fun learning environment. 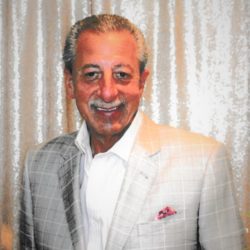 President
Mr. Paul Ferrara first joined the Robert Fiance Beauty School family business as a young enthusiastic hairstylist in 1969 and he quickly worked his way his way up to School Director of Robert Fiance Manhattan and Brooklyn campuses. Since then, Mr. Ferrara has expanded the schools throughout New Jersey and worked immensely hard to grow the Robert Fiance brand.

Throughout the years of adaptation, Mr. Paul Ferrara has modified the Robert Fiance Beauty School systems and perfected the educational outline that continues to lead generations of up and coming hairstylist, barbers and makeup artists. This outstanding gentleman has gained prominence in the beauty industry with an abundance of credits as an educator, motivational speaker, author of fashion and beauty articles, platform artist, and school director. He is now reaching a new plateau as the guiding force and President of the Robert Fiance Beauty Schools and Makeup Academy of New Jersey.

After receiving her Cosmetology license, Linda returned to Robert Fiance to earn her Teaching License. Quickly rising, she became School Manager of our North Plainfield location, successfully growing the school to over 100 students per year. Ms. Karas was soon promoted to Corporate Compliance Officer, overseeing the company’s Financial Aid department and Government Regulations Committee; she played an instrumental role in the expansion and accreditation of the newer Robert Fiance campuses as well as the establishment of the Robert Fiance Makeup Academy in 2009.

Ms. Karas currently serves as the company’s Senior Director of Operations, overseeing all departments and continuing to work side by side with our Educational supervisors ensuring our curriculums and teaching methods are consistently updated to reflect the most current industry trends and techniques. She administers many of the small details that help make Robert Fiance Beauty Schools of New Jersey a successful and exciting learning environment. 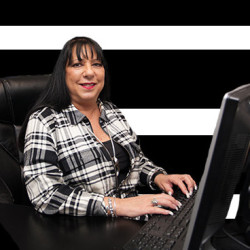 Having worked alongside Vidal Sassoon, Robert Fiance was the first hairstylist to open an advanced training academy for professionals, the Robert Fiance School of Beauty Culture in the 1930s.

To date, we have successfully trained over 1 million qualified beauticians to be fine professionals. One of our most outstanding achievements is a prominent list of books and articles which have been translated into foreign languages. Cosmetics manufacturers have come to us for help in training personnel and creating product ideas.

These achievements have led us to use Robert Fiance’s world-famous methods as the core of our training programs, making us one of the top ranking and sought after schools in the industry, still to this day over 50 years later.

Robert Fiance School of Beauty Culture opens, one of the first beauty schools to implement the teaching and training of basic Cosmetology. The school quickly gained a national reputation a graduated many of today’s most successful hairstylist, makeup artist, and beauty professionals.

Graduate, Linda Karas is recruited as an Educator, quickly promoted to School Supervisor, and eventually goes on to serve under Paul Ferrara Sr., as the company’s Director of Operations.

Since the 1980s, Robert Fiance Beauty Schools have been Licensed by the New Jersey State Board of Cosmetology, Accredidited by the National Accrediting Commission of Career Arts & Sciences (NACCAS), and Approved for Federal Financial Aid Grants & Loans by the U.S. Deptartment of Education. We are a proud and longstanding member of AACS. We take providing a great learning environment seriously. We understand the importance of attending a recognized, reputable school. We are committed to upholding our standards of excellence and to providing our students with a reputable education and learning experience. *Ocean campus granted provisional accreditation by NACCAS.

Robert Fiance has 5 beauty school campuses and a Makeup Academy in New Jersey. We take pride in being the leading school and strive to maintain our strong position by staying at the forefront of the industry by being the first to introduce new products and services.

One question that every prospective student asks is “Will you get me a job?” To answer this question, it is important that you understand we do not guarantee employment simply because we can not attend the interview for you. However, it is our goal to help you get the skills and resources needed to find a job during or after school. Because of our long standing reputation and presence throughout New Jersey, many salon owners and industry employers reach out to us first for job placement. We have an outstanding relationship with National chain salons such as Supercuts, as well as local privately owned salons.

At least 4 times a year, each campus holds a career fair for students and graduates and welcomes dozens of salons, spas, barber shops, makeup stores, and other employers. Our schools have dedicated job placement coordinators to help with resume writing, interview arrangements, networking, and other needs to help you find and secure a job.

With over a dozen affiliations, Robert Fiance Beauty Schools are a proud member of multiple state and national associations; and has strong partnerships with leading product and service companies as well as many employers in the beauty and education industries.

Robert Fiance Beauty Schools is proud to be family owned and operated. Although we are a large company, we are not a National franchise chain. See how this benefits you:

Just before transitioning to the Senior Floor, all Robert Fiance students will complete an intense 50 hour course that has been carefully designed to prepare them for the Senior Salon. Content includes product up-selling, salon coordination, client retention, color, cuts, and makeup artistry.

Once the course is completed, seniors will receive their Certified pins.

Our trademarked Makeup Bars offer complimentary 10-15 minute make-up lessons and product tutorials daily to students and the public. They are also streamed live on the Internet.

Unlike the large franchised beauty schools, we don’t limit our students’ training to a single product line. Students can gain exposure and experience with as many products and techniques as possible. We carry a variety of brand name hair and beauty products such as Matrix, American Crew, Dermalogica, Wella, and NYX Cosmetics.

All of our products are available for purchase in-store and on-line. Students receive 10-15% discount on everything during active enrollment. Our makeup and cosmetics are sold at MakeupAcademy.com. Our beauty supplies can be purchased at SalonProBeauty.com.

Students can benefit from advanced education certification classes and demonstrations throughout the term of their enrollment. Some classes may have a nominal fee for the purchase of equipment. Some advanced classes offered are: 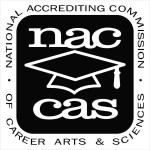 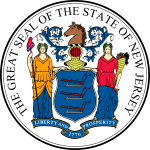 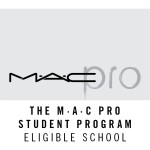 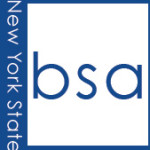 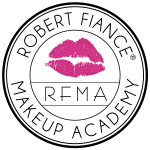 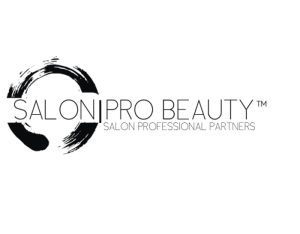 see what our students have to say

check out our programs!

Turn opportunity into reality with our Cosmetology/Hairstyling program. Follow your passions as you grow your skills and talents and learn directly from industry leaders!

Robert Fiance is among the first schools to launch the program to the public. We have developed a comprehensive and dynamic curriculum that combines cuts, fades, shaves, color, beard trimming, and styling.

Our Esthetics program can provide skin care training with practical learning that can equip you with a diverse understanding of the creative and scientific principles behind beautiful skin, professional skincare and professional makeup application.

This course is designed to prepare students to become a licensed Nail Specialist. Students can learn the arts of manicuring, pedicuring, and adding extensions to the natural nail.

Robert Fiance offers a very interactive hands on program that teaches you how to develop proper teaching methods and educator qualities needed to help students enter the industry, just as you’ve done before.

This is a very unique and diverse program that covers up to 250 hours of practical and/or theory, in any subject of any program, that you feel you may need additional help with. This program is open to any graduate of any beauty school.